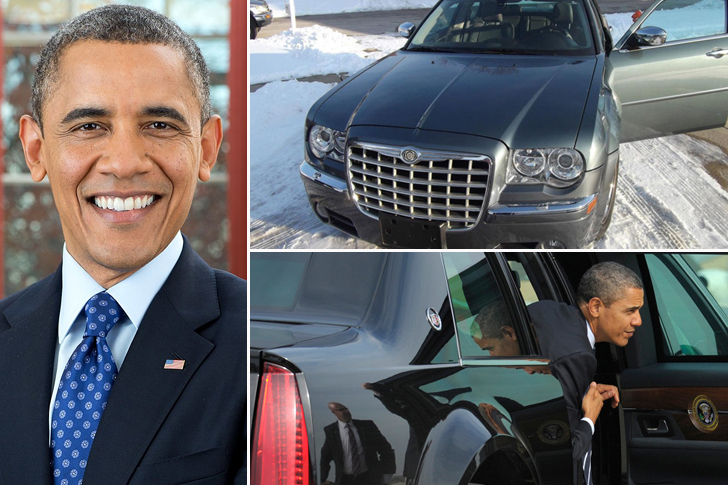 Barack Hussain Obama II is the 44th president of the United States of America. More than being a successful president for the US and the democratic party, Barack was also a symbol of the degree of progress that the cultural landscape of the US evolved came to be. He is the first US president of African-American descent, and he ushered in a new wave of liberal progressives. One of the notable legacies he achieved during his eight-year tenure is the Affordable Care Act or Obamacare.

Before his tenure as the first African American president, Barack was also a US senator for Illinois. During that time, reports say that he was driving around a Chrysler 300C. He leased the car, and in 2012, CNN Money reports that it was put up for auction with a starting bid of $1 million. Yes, a very hefty $1 million investment for a car that’s estimated to be worth $50 to $100k.