Makeup and impressive editing skills have been known to make any face transform into a more beautiful version of itself. A lot of celebrities and public figures are known to have used this to make themselves look more appealing on screen or in front of an audience. The degree to which mankind has learned to use cosmetics is impressive. From enhancing existing features to sculpting faces that turn them almost unrecognizable, we no longer know who really are the truly beautiful. On this list, we have picked out those who have been caught without any makeup but still look stunning nonetheless. 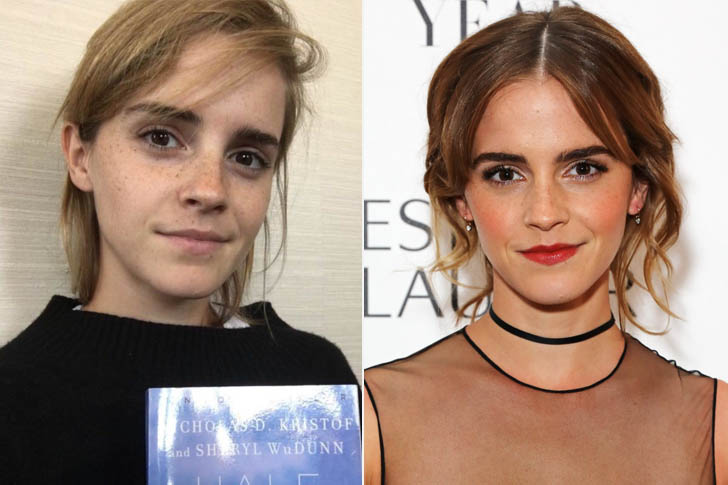 Another naturally-beautiful person on the list is Emma Watson. We’ve seen her grow in the Harry Potter movie series. From a little lady with scruffy hair, she has grown to a beautiful woman, who has also stunned us with her wit and advocacies. She is not afraid to show the world how she looks without any makeup on. She can confidently grace the streets without any cosmetics on her face.

She can go from one place to another without worrying about how she looks. Emma is absolutely divine with her natural beauty. By its looks, her comfort is the most important for the 30-year-old actress. She uses her confidence and style as her insurance that she will always look beautiful sans makeup wherever she will go. From 2011 to 2014, Watson split her time between film production and continuing education. She graduated from Brown University in May 2014 with a bachelor’s degree in English literature.